The VCCircle Awards are India’s most coveted and pre-eminent honours for disruptive and fast-growth businesses in the private equity and venture capital ecosystem. Saluting the spirit of achievement and recognizing the contribution to brand India, the awards are a celebration of excellence as the organizations and visionaries are felicitated by their peers and the members of the grand jury. Now in its milestone 12th edition, the award ceremony will be held on February 10th 2023, along with VCCircle’s flagship India Limited Partners Summit 2023.

India Inc.’s most revered names will attend the ceremony including CEOs, prominent international and domestic private equity fund managers, limited partners and top executives of investment banks, accounting firms and law firms. The ceremony would recognize leading portfolio companies, fund managers, advisory firms and marquee deals that were a testimony of 2022 being an excellent year for alternative investments.

The nominees across categories will be screened and shortlisted by VCCEdge, India’s premier research platform providing comprehensive private and public company financial data, private equity, venture capital, M&A, ECM and debt transactions data, key developments of companies and advanced search tools and features for the Indian investment ecosystem. Top contenders in each category will be further scrutinized for performance and compared against industry-specific benchmarks and peer group performance. 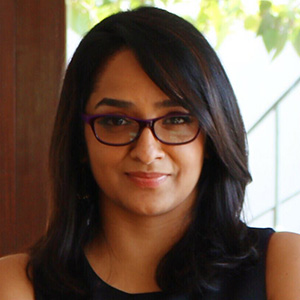 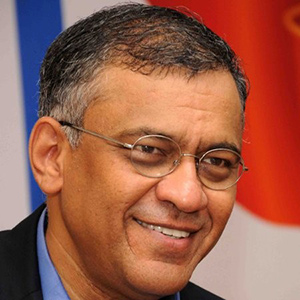 A scion of the TVS family from the third generation, his entrepreneurial career spans well over three decades in which he has founded, steered and scaled up over 10 new ventures across diverse business verticals.

Passionate about fostering startups and mentoring young entrepreneurs and is an avid angel investor. He is a founding member of The Chennai Angels, one of the premier angels investing networks in India.

Gopal takes a keen interest in public policy matters of the VC/PE Industry, being actively involved with the regulators for the financial markets by dint of his engagements with SEBI (Member of AIPAC), the Indian Venture Capital Association (IVCA) & Confederation of Indian Industry (CII); He was also the Member of the Venture Capital Investment Committee for SIDBI’s Fund of Funds for Start-ups (FFS) programme in ’18-’19. Gopal is a Governing Council member of Reserve Bank Innovation Hub (RBIH), which has been formed in Dec’20; RBIH is a centre for idea generation and development to provide the facilitating environment, encourage collaboration, and in the process promote innovation in the financial sector. Gopal is also a non-official member on the National Start-up Advisory Council (NSAC) being formed by the Department for Promotion of Industry and Internal Trade (DPITT) in Jan’21 to advise the Government of India on measures needed to build a strong eco-system for nurturing innovation and startups in the country to drive sustainable economic growth and generate large scale employment opportunities.

He is also actively involved in knowledge initiatives through his involvement in academic institution. He is a member of University of Michigan’s India Advisory Board.

Gopal is also the Chairman of Chennai International Centre, a think-tank that brings together a cornucopia of thought leaders from the spheres of business, the economy, policymaking, science, art, culture and entrepreneurship.

Gopal has been recently appointed as the Honorary Consul General for the Kingdom of Netherlands in Tamil Nadu. 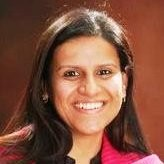 Neha Grover is currently Regional Lead of IFC’s South Asia Funds group where she is responsible for identifying and investing into PE Funds, managing the current PE portfolio and focusing on co-investments. She serves on Advisory Boards of 6 (six) PE Funds.

Her professional and personal investing experience spans across private and public markets and across diverse industries with specific focus on Consumer, Healthcare, Financial services, Manufacturing and Education sectors.

Prior to IFC, she has worked across 2 complete fund cycles at Baring India for over 12 years. She was Principal and India CFO at Baring Private Equity Partners India – a leading emerging markets private equity group with over USD 14 billion under management.

Neha features as one of the top 100 women in finance in India (AIWMI 2019 list). She is an all-India rank-holding Chartered Accountant, a Company Secretary, and an MBA from the Indian Institute of Management (IIM), Lucknow (Ranked top 5). 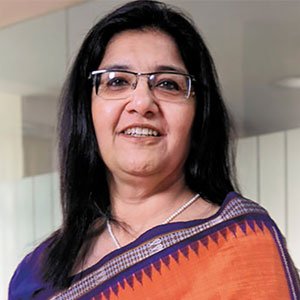 Padmaja Ruparel is the Founding Partner of the IAN Fund, a uniquely differentiated Rs. 450 crores (~$70mn) Fund which along with IAN, is set to create the largest horizontal platform in India for investing in seed and early stage ventures. She is also the Co-Founder & President of IAN, India's first & one of the world’s largest group of business angels, comprising the who's who of successful entrepreneurs and dynamic CEOs from India and overseas.

Padmaja is a Co-Chair of Global Business Angel Network. She also operationalised TiE Delhi, which has been ranked as the number one chapter globally for the last 4 consecutive years. She played a key role as Executive Director in building the Indian Venture Capital Association, India's oldest and largest association of VC and PE firms. In addition, she helped the creation of Lankan Angel Network in Sri Lanka. She contributed actively in the Planning Commission’s Committee on “Angel & Early Stage Investing in India” which resulted in a seminal report: “Creating a Vibrant Entrepreneurial Eco system in India”. She is on the Committee of Telecom Centre of Excellence, Selection Committee of MSME and is actively engaged with the various committees of Ministry of Finance, SEBI, etc.

Padmaja is nationally recognised as a key player in the Indian entrepreneurial ecosystem and has helped co-found many of the relevant institutions, besides being an active Angel investor herself. Her operating experience spans large corporates, M&A, and start-ups/early stage companies. She has been awarded as one of the 'Top 50 Most Powerful Women in Business' by Fortune India and has been listed in Forbes India’s W-Power Trailblazers and ‘30 Most Powerful Women in India’ by Business Today. 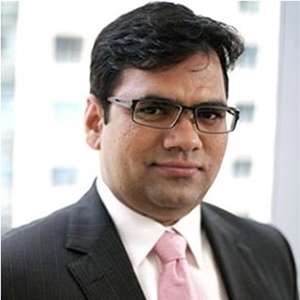 Sunil specializes in fund selection, due diligence, negotiations, and monitoring of Asian investments ex?China, specifically in India, Australia, Japan, Southeast Asia, and Korea. He also actively participates in all fund investment decisions and is involved in the sourcing, screening, execution, monitoring, and exiting of growth and buyout co?investments.

Prior to joining Adams Street, Sunil worked for Standard Chartered Bank in Singapore performing financial and business analyses of local and regional companies. Previously, Sunil worked in India as an Investment and Strategy Associate in Tacogroup, the automotive technology and engineering investment arm of the Tata Group of India, where he worked on business planning, feasibility studies, and localization plans for new ventures.

Sunil manages relationships with several of Adams Street’s managers and sits on advisory boards of more than a dozen private equity firms within the Adams Street Partners portfolio. He is currently Vice?Chairman of the Singapore Venture Capital and Private Equity Association (SVCA) and has been a member of the SVCA Board since 2016.

Sunil is a member of Adams Street’s Environmental, Social, and Governance (ESG) Committee.

Ankur Thadani is a Partner with TPG Growth and RISE Funds, and co-heads the India office. He leads healthcare, consumer and climate investing across TPG Growth and The Rise Fund platforms in India and the region. Prior to joining TPG in 2013, he worked with an Indian private equity fund, India Equity Partners, focusing on investments in consumer and healthcare sectors. Ankur received his MBA from IIFT and was awarded Gold Medal for outstanding overall achievement. He currently serves on the boards of API Holdings, Stelis Biopharma, Steriscience Specialties, Asia Healthcare Holdings, Asiri Healthcare, Campus Activewear, Fourth Partner Energy and Solara Active Pharma. 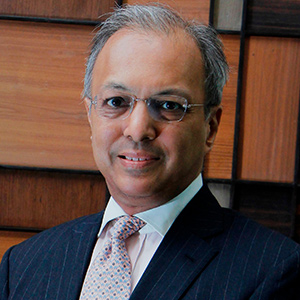 He is an early investor in and a Board member of True North, a leading Indian private equity fund, which manages approximately $3.5billion. He is also the founder and Chairman of Landmark Holdings, a real estate investment firm. He co-founded GTI, a long term investment vehicle for India focused investments.

He is a member of the Governing Board of The Institute for New Economic Thinking in New York. He is Chairman of the Indian Advisory Board of Room to Read, a global education charity. He is a Board member of the Centre for Social and Economic Progress. He is an op-ed contributor to The Economic Times, The Times of India and The Financial Times.

Gaurav Dalmia was selected as a Global Leader for Tomorrow by the World Economic Forum in 2000. Gaurav Dalmia received an MBA with Beta Gamma Sigma honors from Columbia Business School. 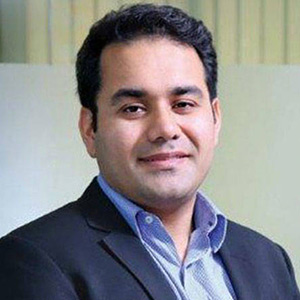 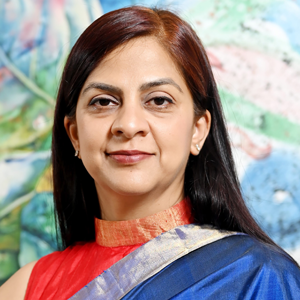 Nupur Garg is a leading investor in private equity and venture capital and an expert advisor to large institutional investors. She is the founder of WinPE (https://winpeforum.com), a not-for-profit initiative to enhance gender diversity in the investing ecosystem. Nupur serves as an independent director on the boards of companies including Indigo Paints Limited, Kerala Infrastructure Fund Management Limited, and SIDBI, the Indian development finance institution. She is an independent member of the investment committee at the Fund of Funds managed by the National Investment and Infrastructure Fund (NIIF), the quasi-sovereign wealth fund sponsored by the government of India, and an advisor to and a member of the investment committee for the Dutch Good Growth Fund (DGGF) investment funds mandate given by the Dutch government for investments in SMEs in frontier markets across 75 countries. She served for 3 years as an external expert on the investment committee for the INR 10,000 crore Fund of Fund for Start-ups for investing in the Indian start-up ecosystem. Nupur advises select fund managers on a confidential basis on matters related to institutionalization, best practices, and governance. She also mentors female entrepreneurs across various platforms. Nupur was listed in the Forbes W-Power list of Self Made Women in 2020, among India’s top 100 Women Leaders in Finance (AIWMI 2019), awarded the Women Empowerment Entrepreneur Award 2019-20 and the Business Excellence and Innovative Best Practices - Academia Award 2019. In her last and most recent full-time role, Nupur led the private equity and venture capital funds business in the region for IFC and is widely credited with establishing IFC’s brand and credibility as one of the most respected institutional investors in this space. Under her stewardship, the portfolio doubled in size and returns, moving from a negative IRR to delivering gains for the first time in its history. Nupur is a CA and an MBA from MIT Sloan School of Management, with executive education from Harvard Business School. Nupur loves to spend time with her mother, husband, and 6-year-old son, travel to new places, read and do 1000-piece puzzles. 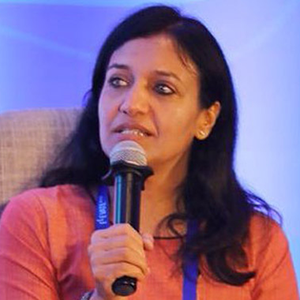 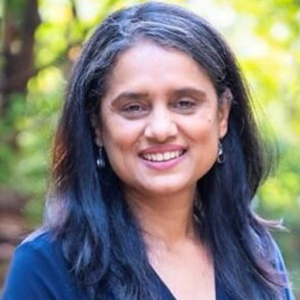 Shilpa is a Partner at Omidyar Network India, a social impact investment fund

Shilpa provides overall leadership, including strategy and investments, across the areas of Digital Society, Urban Governance, Access to Justice and Property Rights initiatives. She also leads policy work in Financial Inclusion and in development of the Non Profit sector strategy.

Shilpa is an alumnus of the Indian Institute of Management, Kolkata.

Want to be part of it?

VCC Events opens up the avenues for participation. Join hands to be a part of India’s largest gathering of alternative investments leaders, industry stakeholders and Asia’s influential limited partners, general partners and marquee advisors. Your chance to actively participate and augment yourself as thought leaders.

Attend as a delegate

Do you have any queries?

Drop us a line and we will call you.

Add to a calendar